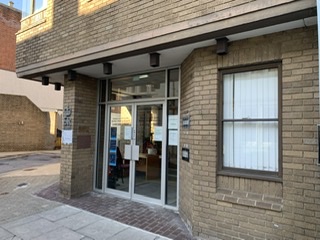 HM Treasury is expected to announce a £100m justice package in the budget.

The chancellor of the exchequer Rishi Sunak said, ‘we will go even further with new funding to toughen up community sentences, crack down on domestic abuse and provide victims with the support they need’.

Days after an ‘enhanced’ Domestic Abuse Bill returned to parliament, the Treasury is expected to give £15m towards tackling domestic abuse. Of this, £10m will be invested to ‘curb’ domestic abuse, such as tackling high-risk, high-harm perpetrators through early interventions. The remaining £5m will fund trials of new domestic abuse courts that will consider family and criminal matters in parallel.

Also in the package is £15m towards improving the court experience for rape and sexual abuse victims. The Treasury says the money will be used to hire independent sexual advisers trained to guide and support victims through the justice system, speed up charging decisions, and provide extra online resources for victims, including a ‘single digital hub’.

Nearly £70m will go towards beefing up community sentences and strengthening the probation service. This includes expanding the use of GPS and sobriety tagging for offenders, tightening curfews and increasing the hours of unpaid work that offenders need to carry out.

The Treasury says that the Ministry of Justice received a large increase to its 2020/2021 budget at the spending round announced last September. The 4.9% real-terms increase included a £2.5m commitment to creating 10,000 new prison places, £100m to increase prison security with airport-style scanners, and additional funding to reform the probation system and cut reoffending.

Lets hope this money is still available after Brexit and coronavirus. We can’t help being a bit sceptical.