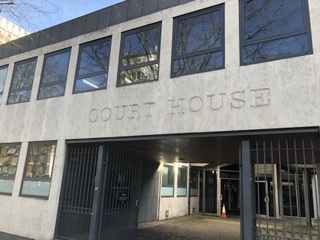 In a report published this week, Justice proposes creating a Housing Dispute Service, which fuses elements of problem-solving, investigative, holistic and mediative models used elsewhere in the justice system.

There is very little chance of these well meaning proposals being implemented.

The thinktank says too many people find it difficult to enforce access to housing rights. Legal aid cuts have caused large parts of the housing advice sector to collapse, resulting in ‘advice deserts’, while local authorities struggle under the demand for homelessness assistance.

Justice says housing dispute resolution currently suffers from disaggregation: ‘There are too many places a person might go to resolve a dispute, with adversarial processes that can be difficult to access, navigate and understand for lay people. There is also lack of coherence in regulatory application and oversight and a need for greater emphasis on early resolution and conciliatory measures.’

The thinktank says the HDS would not be a court, tribunal or ombudsman. There would be no hearings or parties’ lawyers. Instead, it would set out all the circumstances and relevant issues in a housing relationship. An investigation would include identifying, assessing and attempting to find solutions for the underlying problems giving rise to the dispute.

The report says: ‘The HDS would act as arbiter, investigator, adviser and problem solver, looking at all elements in a housing relationship on an inquisitorial basis. The intention is not for it to sit back and wait for relevant material to be brought by way of legal representatives. It would ascertain that information for itself and be proactive in identifying party vulnerability and making necessary adjustments to allow them to participate in the process.’

Independent lawyers would provide parties with legal advice on their rights, interests and obligations, remunerated under a discrete arrangement (based on a legal aid contract) at a sustainable rate, capable of taking the dispute to court if it cannot be resolved through the HDS.

Justice says not all of its members have accepted the proposal, which was also opposed by tenant lawyers who were consulted. Last November the Gazette reported that housing lawyers called an emergency meeting to discuss the proposals.

One housing solicitor told the Gazette: ‘Justice’s reckless, uncosted plan to replace the county court system with HDS for housing matters poses the biggest threat to access to justice since LASPO. The introduction of HDS would mean that most tenants/homeless applicants would be forced to go without legal representation, which will create a damaging inequality of arms for clients trying to challenge local authorities/professional landlords. At a time when housing advice deserts stretch the breadth of the country, these plans will exacerbate rather than solve the problems client face when trying to enforce their rights.’

Justice says it understands lawyers’ concerns but stresses that its proposal is ‘qualitatively distinct’ from any adversarial, court or tribunal process. Andrew Arden QC, chair of the working party, said: ‘I believe passionately that only something like the HDS can actually alleviate the strain of disputes with their landlords for tenants, promise something more hopeful to the homeless and advance housing conditions through a wider consensus.’

Andrea Coomber, director of Justice, said: ‘The proposal for the HDS comes within the context of the government pitching a “new deal” for tenant-landlord relations. Within that context, we think a new approach to disputes, based on conciliatory methods, transparency and exploration of underlying problems should be explored.’